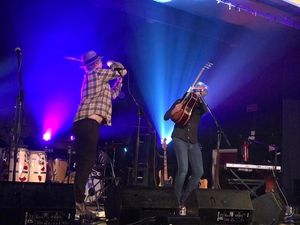 READY FOR THE TIMES OFFICIAL ROLL-OUT

After recording Ghost Owl, our instrumental album from 2021, Aaron Catlow and I went back in the studio, this time to play songs with singing as opposed to instrumentals. We'd show up in the morning and run-through songs. The ones we liked are the ones we recorded. After 3-days we had an album. It was a fun, spontaneous and utterly delightful time playing music. I'm so glad we could put it all into an album (thanks to those who helped us do that!) and I'm so pleased that it is getting some airplay on the radio and that it is getting written about. Here's a couple videos we made while on-tour. More videos to follow. Do you have your CD or DL? Get it HERE. 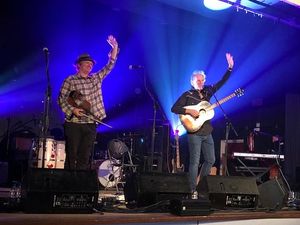 I filmed a few videos at Auden Guitars last month. I tried to match the 'mood' or 'feel' of the song with the guitar model to highlight (hopefully!) their distinct voices or characteristics. One has a bluegrass or Americana voice, the other a bluesy voice and another a fingerstyle voice. At least that's how I hear it. Have a look-listen yourself! 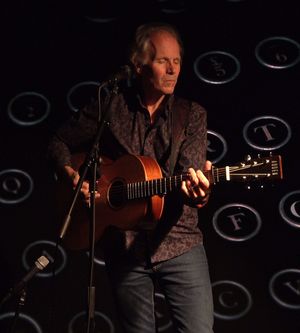 June's free-to-subscribers mp3 is the traditional song Peg And Awl. Peg And Awl has to do with a shoe-maker who is put out of work by a machine. I feel, on the one hand, the writer's joy at being freed from a mind-numbing, back-breaking job, while, on the other hand, the worry at realising one's skills are no longer needed. There's something timeless in the lyrics of this song. Peg And Awl is yours to download for free, just use the code at the bottom of this email. Any difficulties, let my staff (me!) know and they'll (I'll) sort it..... 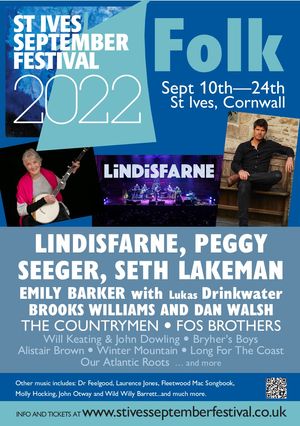