READY FOR THE TIMES (TO GET BETTER)

Rumour has it Ready For The Times, the album Aaron Catlow and I made last year, is out ahead of its June 2022 release date!  We're delighted that this is so and were able to take them with us on the road earlier this month. We loved our recent run of shows. There's more to come this summer - and beyond. See all our tour dates by visiting our dedicated webpage. Pre-Order the CD now and my staff (me) will send it to you straight away. Meanwhile, a couple of videos of songs from the recording that we made on the road earlier this month!          CC&O Blues         If You Want The Rainbow 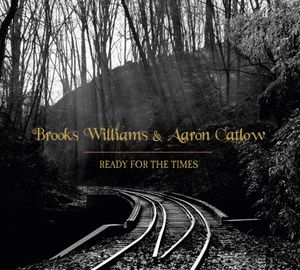 A couple of workshops and a mix of shows - including some solo shows (which is rare, very rare, indeed!).

April's free download is a nod to Bob's birthday coming up in May. Made at home on an early sunny Sunday morning, birds singing and all. Get the code from the bottom of this email.